Youth exchange – The power of images 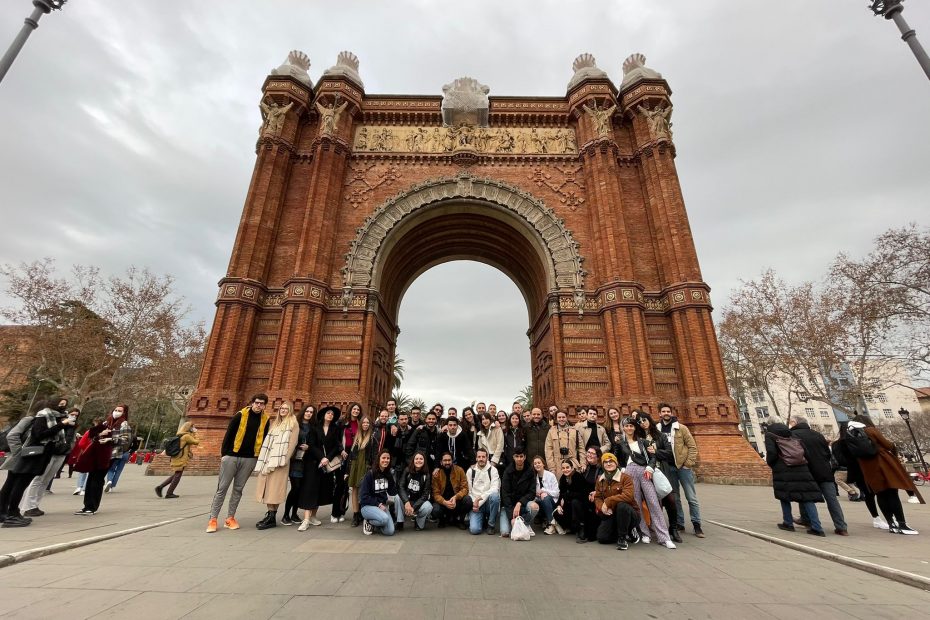 The sunny February of Barcelona gathered 45 young people from 7 countries to participate in the Erasmus+  Youth Exchange Power of Image. This project, organized by YouthBCN, was about combining photography skills with diversity and social inclusion. With this, participants got to improve their digital skills, multiculturalism, and diversity awareness. In this article, you can read their perspectives on the events and learning process that happened during the youth exchange. 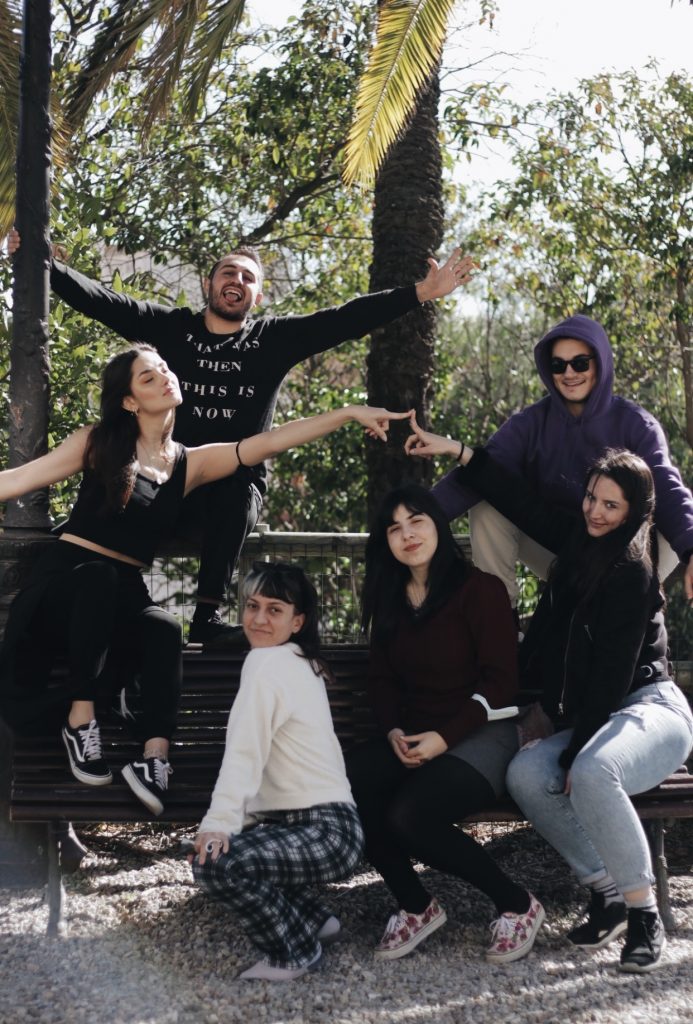 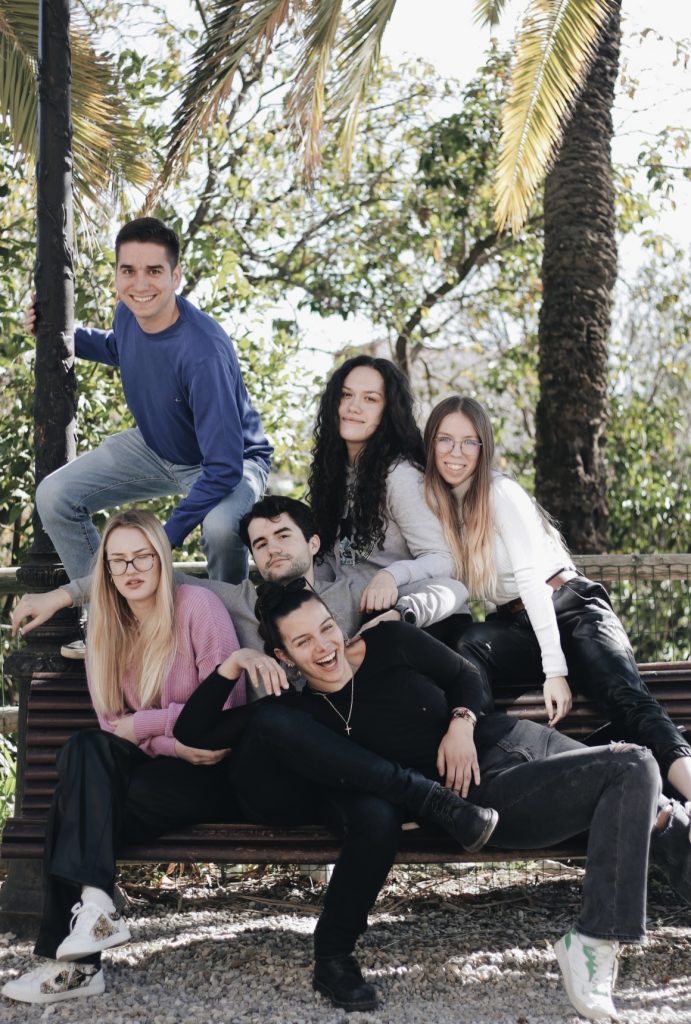 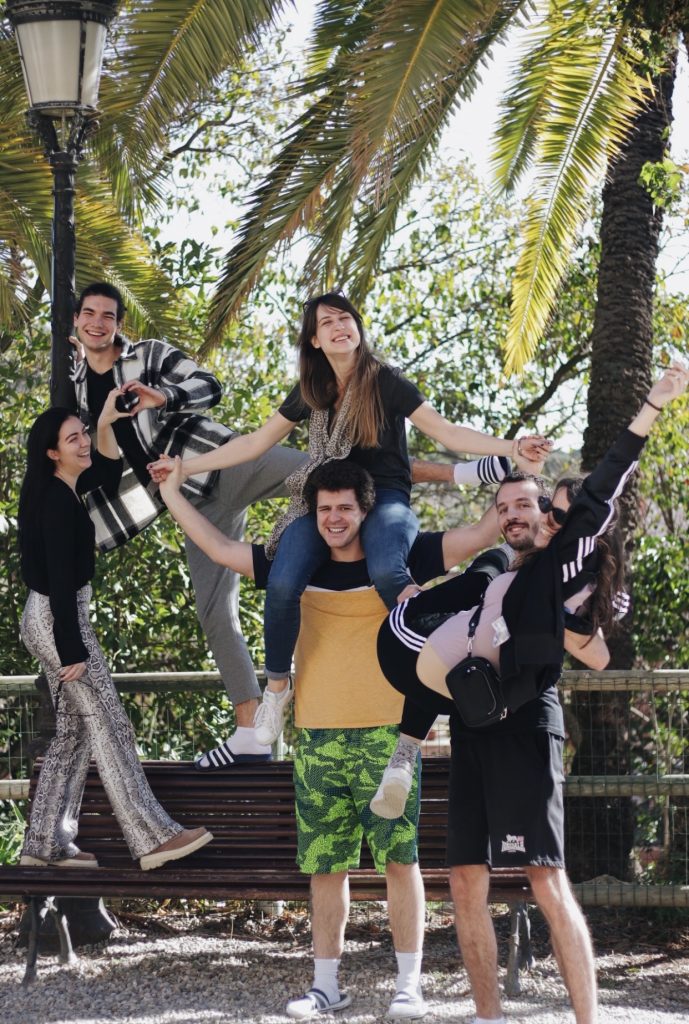 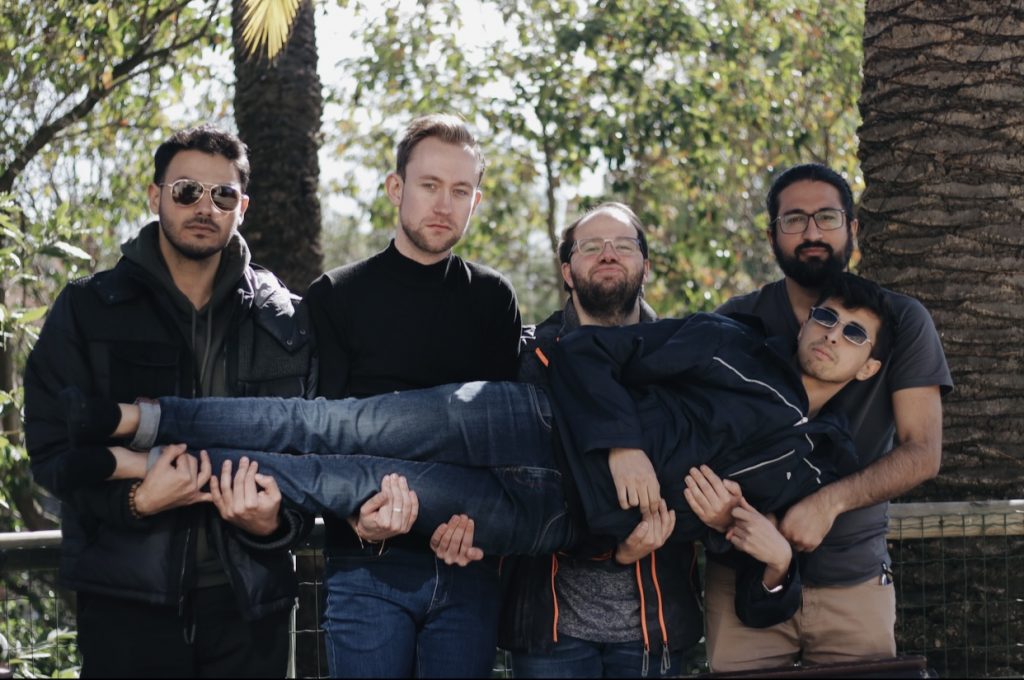 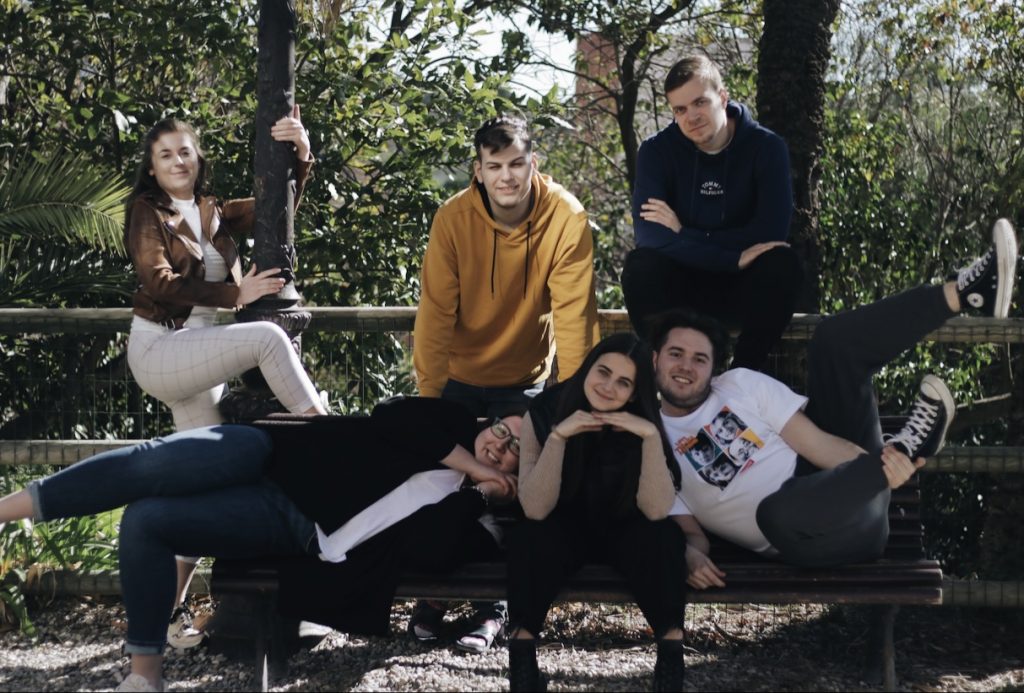 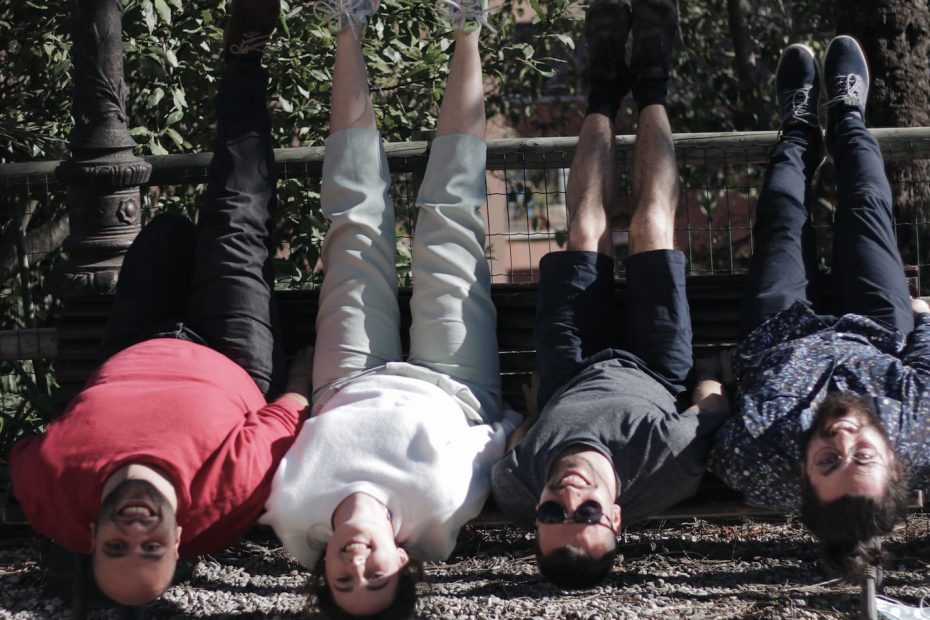 The first two working days were especially intended to create a positive atmosphere between participants.

After the official welcome, the first activity of participants was a task to create «molecules» by holding each other’s hands. Then, participants were divided into groups.  There was one participant from each country in each group. The main task was to create a story to include each other to create one, common story about participants who came to the project in Barcelona.

After the first day participants had their first reflection group in which they talked about the previous day, they highlighted the most important impression on the previous day. 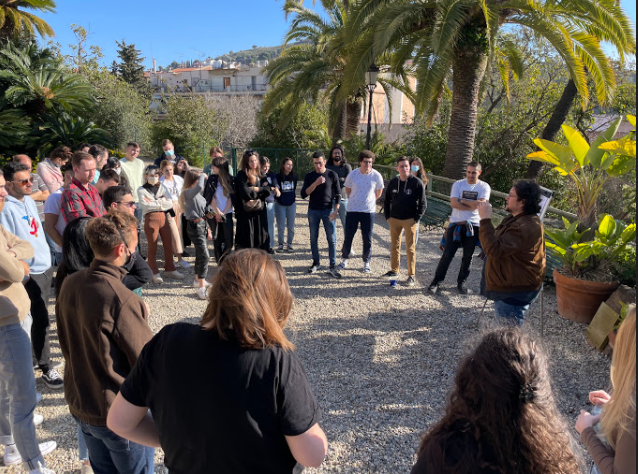 The second day started with the Step forward activity. In this activity, participants take on roles and move forward depending on their chances and opportunities in life. An activity to put ourselves in the shoes of another person and discuss the right to equality in dignity and rights. The next activity in the morning was about diversity and social inclusion. After a discussion about what these concepts mean, came an activity to share participants’ experience with social exclusion. The task was to share past stories in a smaller group. The aim was to find the main factors and reasons behind discrimination. Some of them were religion, race, economical status, gender, or sexual orientation.

The afternoon opened with a small activity on how groups include and exclude individuals. Each person had a random color sticker on their forehead. No one knew what color it had, but others could see it. The activity’s objective was to walk around and join others. In the end what happened was that people gathered with others with the same colors, and excluded the ones with a different one. An activity to reflect on how social exclusion happens in our lives.

The rest of the afternoon was centered around theater as a tool for inclusion. There were a couple of ice breakers. In the first one, everyone was in a circle and a person in the middle had to say s/he was an object. After, two people would join the person by including 2 new objects. The first person would then choose which of the 2 new objects stay to repeat and create a new scene.  The second ice-breaker was improvisation. Three people would go on stage to represent a situation and at any moment, a person in the audience can clap to change him/herself with a character in the scene.

Finally, there is the theater of the oppressed, the most important activity. Participants were divided in groups and were asked to choose one of the factors for discrimination discussed in the morning (religion, race, economical status, gender…). After, the group would prepare and perform a theater play. Each play had to display an oppressor, an oppressed and witnesses. Then, there would be a discussion on what could have been changed for the situation to be fixed. After, the play would be repeated, but this time, the audience could change the characters, like in the improvisation ice-breaker.

The result was that participants could see how some real-life discriminations happen and their possible solutions. 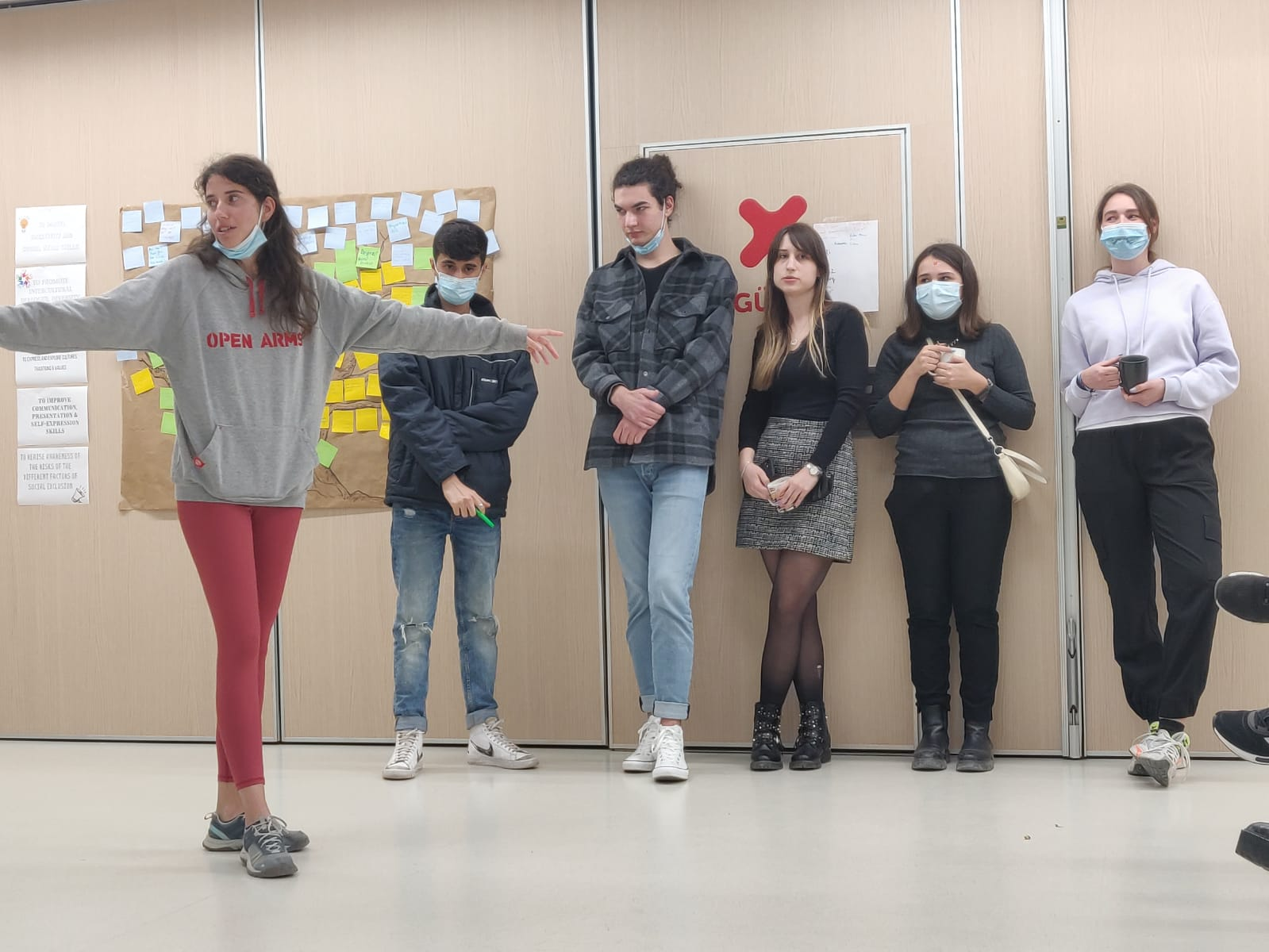 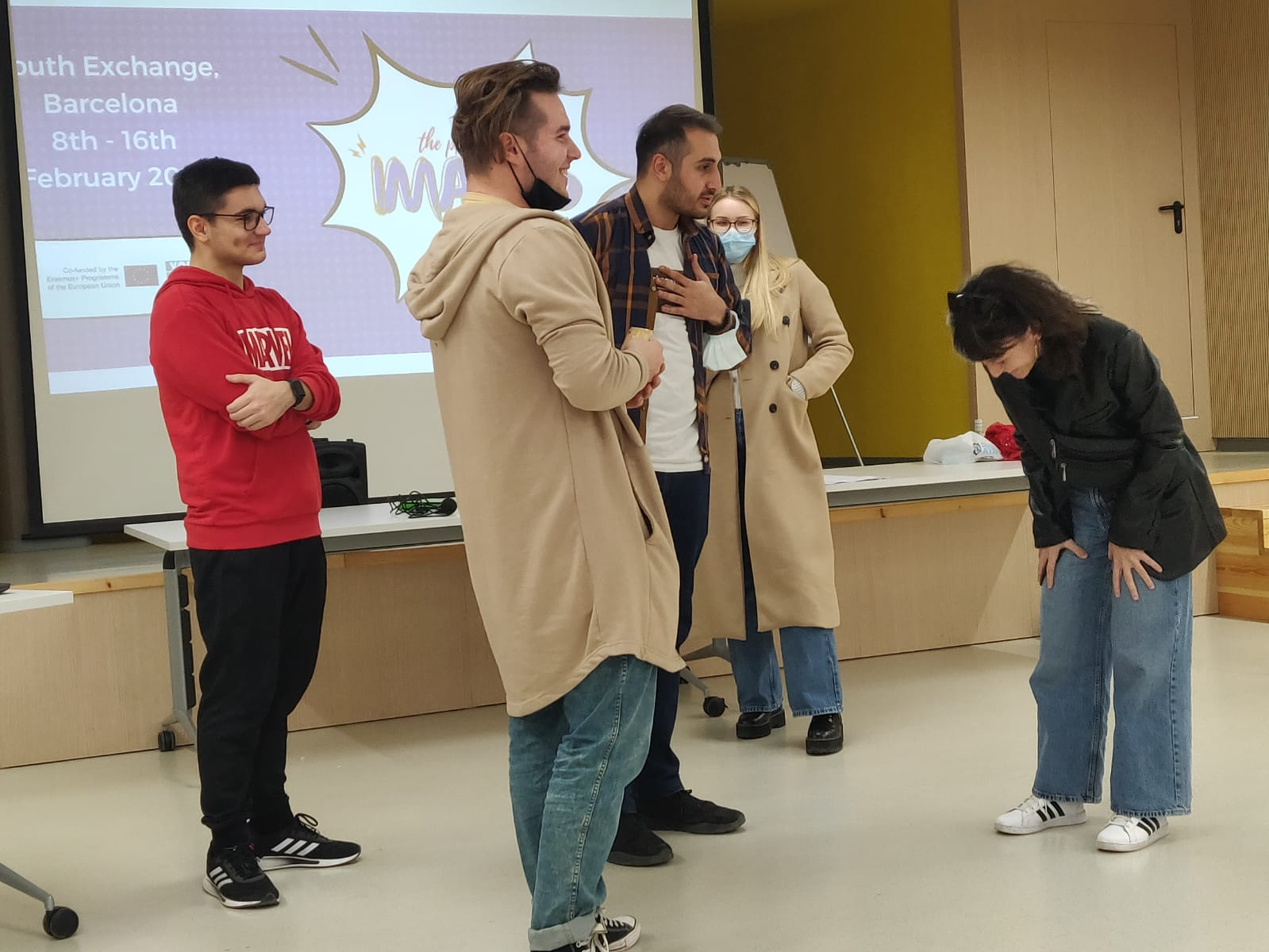 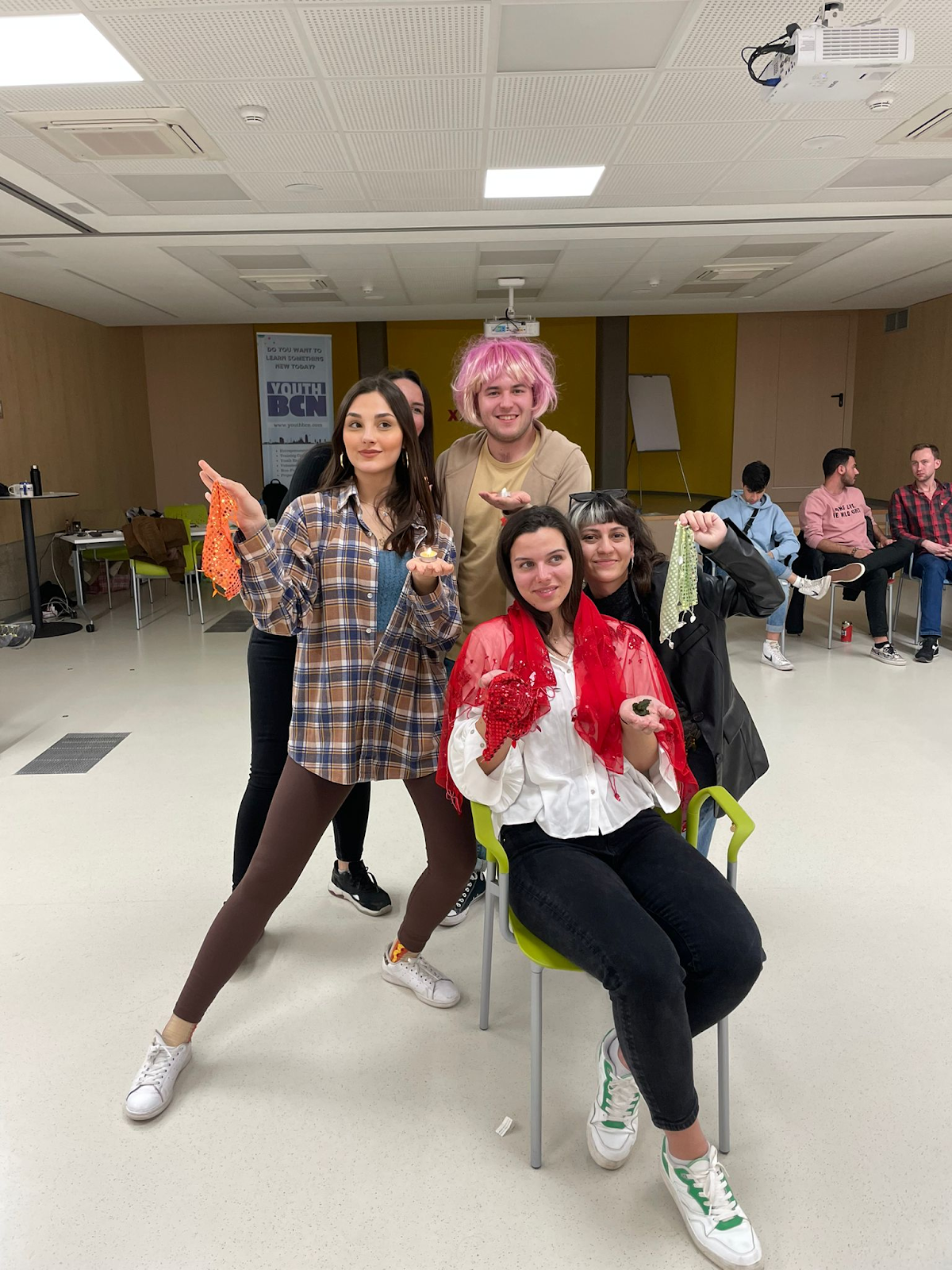 The third day of the Power of Image project was all about photography.

First workshop was challenging – the main activity was to present one object in many ways. Participants in pairs took 20 photographs of objects of their choice, in different circumstances. Sara Martin from Croatia shared her knowledge about the storytelling and photography with other participants.

The day continued with a story about photo editing with a workshop by Peti Pipics, a Hungarian participant, who gave the others the task of editing the cover of an electronic music album.

The night was about culture and getting know each and what better way than that than intercultural evenings. The main stars of this evening were Denmark, Hungary, Serbia and Germany and their cultural program.

For this day, participants had a tour around Barcelona with two local guides. The aim of the tour was to introduce catalan modernism. Meanwhile, participants commented on the different art forms, while taking photos of them. 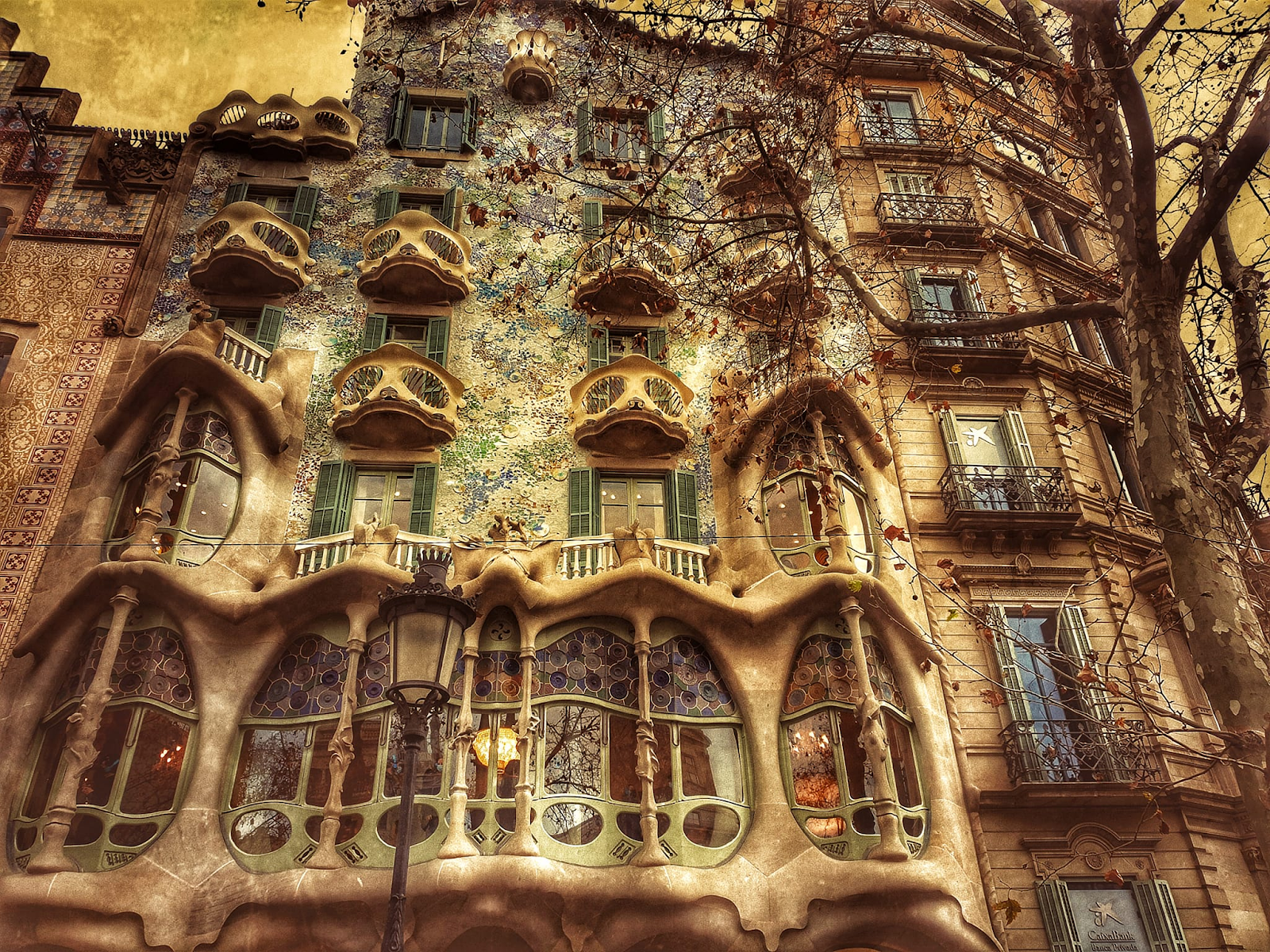 After the tour, participants could freely visit the city. During the project, there was a contest about taking the best photo with Spanish/Catalan/Barcelona cultural elements. This afternoon was the best opportunity for participants to take their best shots. 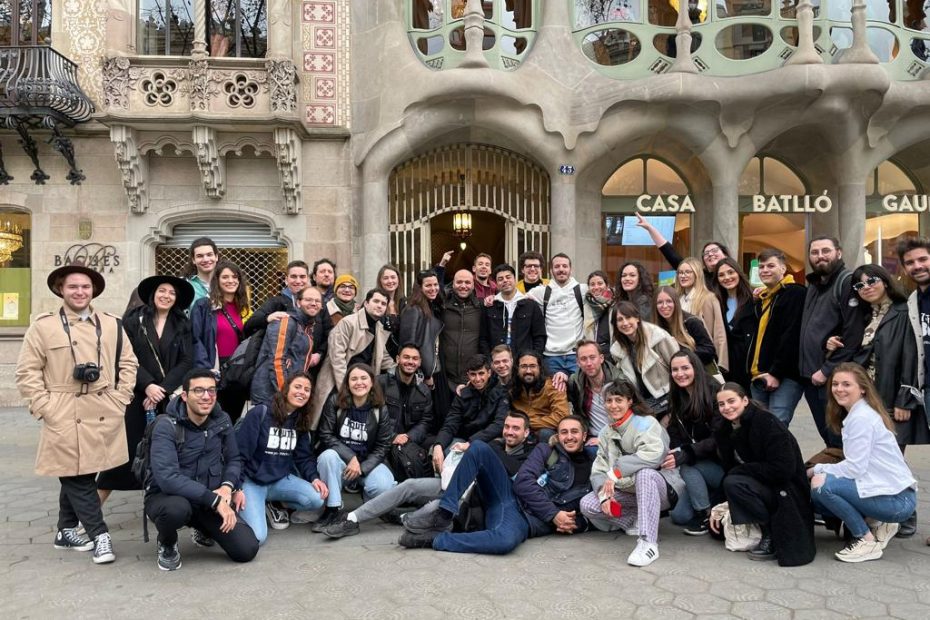 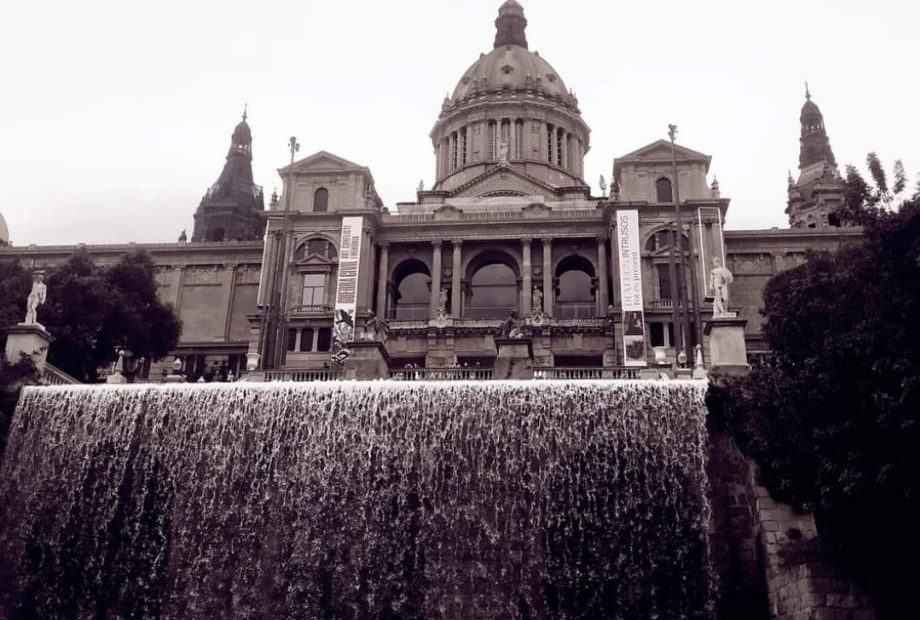 Unlike other days, day 5 only had one task. The participants had to prepare a short video of 2 minutes length about various types of discrimination. Each group got to choose the specific topic that they wanted to make their video about. These included cases of discrimination based on religion, ethnicity, gender, sexual orientation, nationality and age.

Deciding the genre of the video was also up to the groups – they could choose from parody, raising awareness, generating debate and education. Working on these videos took the whole day, given the complexity of organizing the workflow from brainstorming to editing and exporting the final result. Once every team has finished working and uploaded the videos to the Drive folder, everybody gathered at the working room for a joint screening.

This was the climax of the day, where the work of the participants materialized. Aside from having a lot of fun, every group spoke about their working process, and each of them got feedback on their videos.. 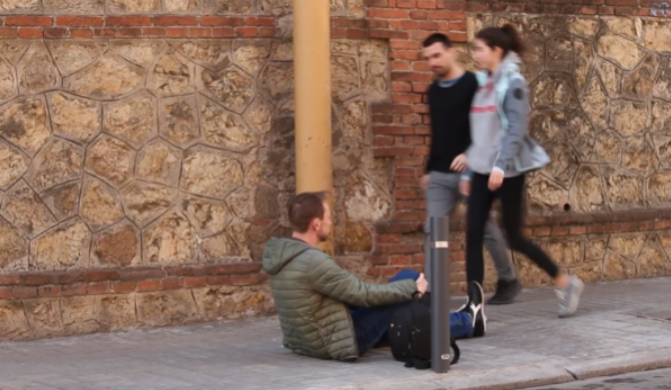 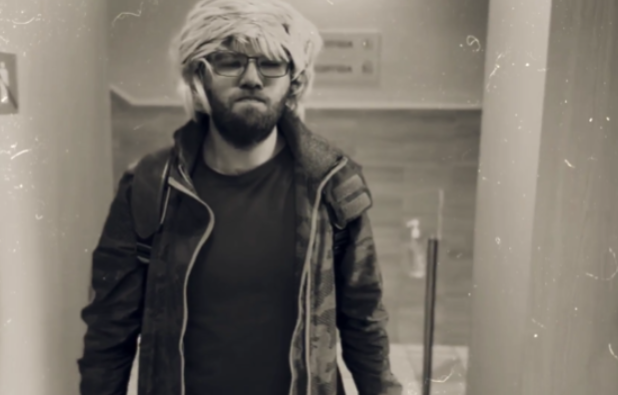 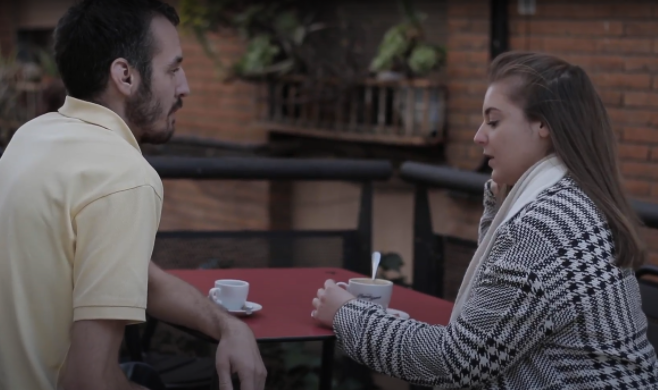 As we reached Monday, for all the tired faces the first goal was a fulfilling breakfast after which we gathered around to discuss about stereotypes and prejudices. There was a short introduction into the topic including the meanings of the stereotype and prejudice which were necessary to clarify the coming practical task in national teams. We were collecting the top 3 stereotypes of what people think about us. On one hand it was really sad and shocking to realize there are many and a lot of them are negative ones, but on the other hand, we could clarify and discuss them while having fun and questioning each other during the presentation part.

The second part of the morning was about a game, where 3 teams competed against each other. All the teams were enthusiastic to beat the other ones, after a while during the game more and more people started to recognise something is wrong, but still many of us were not aware. The game was rigged and the jury already decided who will win, so at the very beginning. Together with the first task, we were introduced to the power of our made-up images in our minds about others and their effects.

Sensory ethnography was the name of the first workshop after lunch. It was about our senses and how we use and live with them. We made 5 groups for each of the senses: hearing, tasting, touching, watching and smelling. All the people in each group had to work individually on their topic expressing their connection to the selected sense via photography. Then we held a presentation for everyone and listened to the stories and thoughts behind them.

After taking sense-related pictures we started our last topic of the day: taking profile pictures. We made groups including 3 people and started to take pictures of each other for 4 sites: LinkedIn, Instagram, Facebook, and Tinder. It was a huge fun of course. That was the closing session about photography. 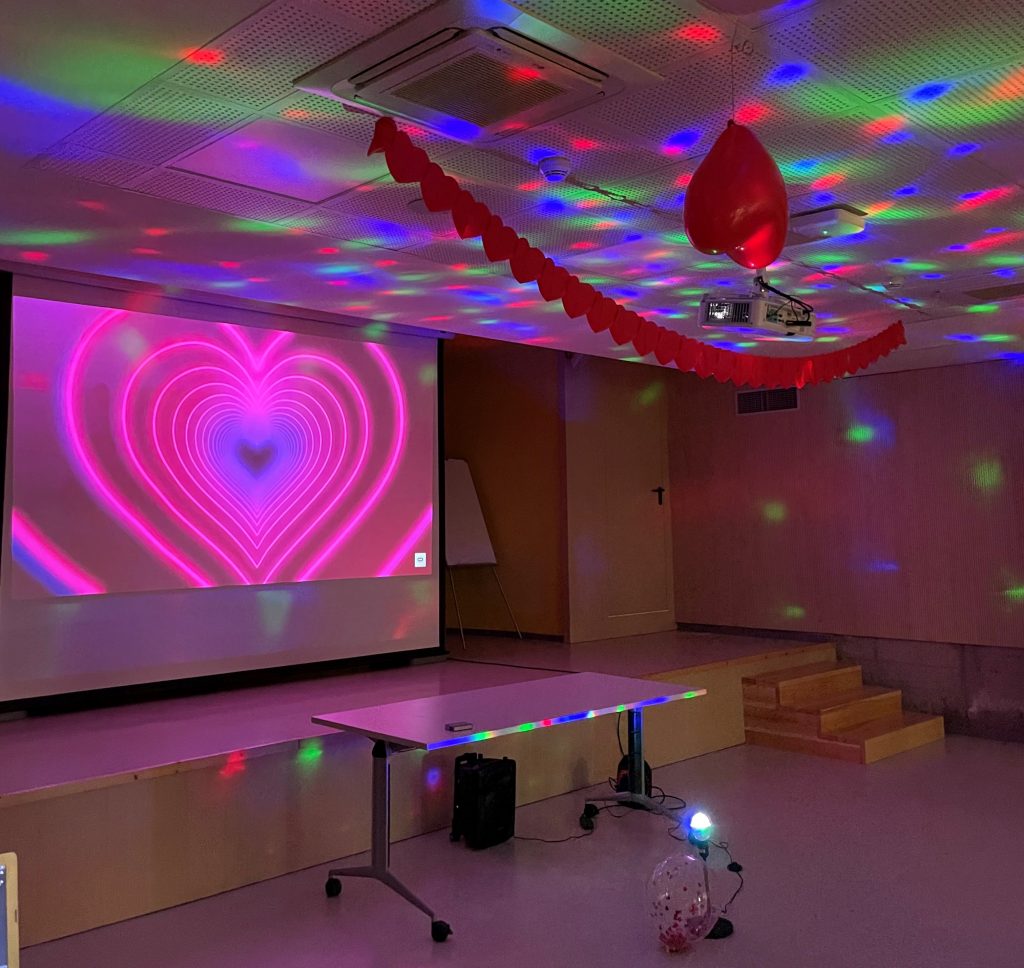 When we finished our dinner, we prepared ourselves for the night. Youth BCN surprised us with a beautiful stage including everything that is necessary for a party. Valentine’s Day made us sing and enjoy ourselves a lot

After that all of the national teams had to pick one iconic photo that was about their country. These groups were then split up in a way that every group had at least one person from each country. These representatives presented their country’s chosen image and told the stories about them. They also discussed the issues around the specific pictures and the emotions that they evoked.

After a quick coffee break the group got a new task. With the name of ‘The Power of the Youth’, participants had to take different kinds of tasks. These included songwriting, making interviews, collecting photos for social media and writing articles. 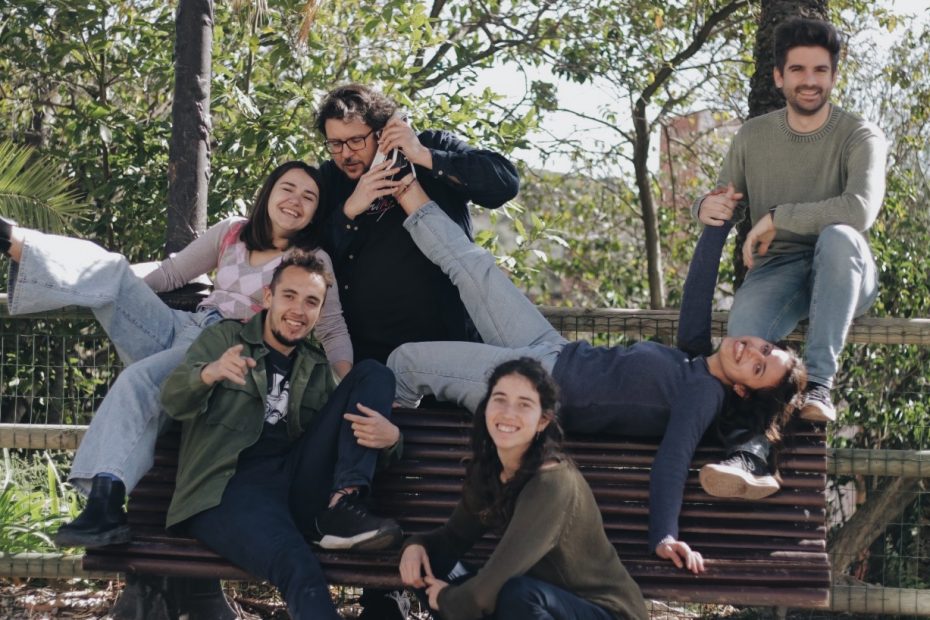